History of the Brienner Quartier. New. Since 1892! 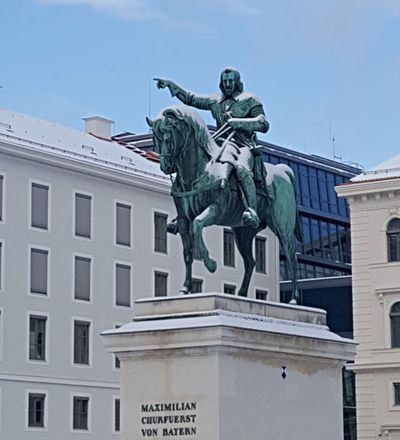 Rooted in history - with an eye to the future

Boasting classical buildings, magnificent surroundings and select boutiques, the Brienner Quartier captivates at first sight. However, this was not always the case. Just 200 years ago, the city wall ran through the heart of the quarter, separating the crowded medieval city from the vastness of the Munich gravel plain. The Brienner Quartier has always connected the Munich Residenz royal palace to the Nymphenburg Palace summer residence and the historic city centre to the suburbs. This resulted in many exclusive and traditional shops opening their doors, the nobility and upper-middle classes building their stately homes along Brienner Straße and the establishment of the sumptuous Café Luitpold, which, at the time, was Europe’s largest coffee house.

The name and its significant location

The Briennerstraße has got its name from the town of Brienne-le-Chateau. On February 1, 1814, the allied troops succeeded in the Battle of la Rothière near Brienne a decisive victory against Napoleon. At first, at the beginning of the 19th century, the Wittelsbachers named this road the Fürstenweg as it represented the connection between the residence and Nymphenburger Schloss. Later it was extended to the splendid and main street. It is this special flair, the fascination of a tradition rich in tradition and modernity, which still characterize the Brienner district to this day - and is noticeable on a stroll. Immerse yourself in the history of the neighborhood.

Under the name "Glanz, Gloria und Stielkirsche", the city of Munich offers a very special guided tour through the district.